A genocide is taking place against the Rohingyas of Myanmar. It has been an on-going ethnic cleansing national program in this Buddhist-majority country to erase Muslim presence soon after Burma emerged as an independent state.
END_OF_DOCUMENT_TOKEN_TO_BE_REPLACED

Arakan Rohingya National Organisation (ARNO) is strongly opposed to the government’s pretension and lack of honesty, and rejects the 13-member investigation commission formed on 1 December, inter alia, for the following reasons:
END_OF_DOCUMENT_TOKEN_TO_BE_REPLACED

Chittagong, Bangladesh:  Muslims are not protected in Arakan –Maungdaw and Akyab- by the security force – Nasaka , Lon Htin and police –  and have become killer forces said Nurul Islam, President, the Arakan Rohingya National Organisation (ARNO), at a  peaceful rally to protest against the mass killing of Rohingyas and Muslims in Arakan in front of the Burmese embassy in London on 13 July 2012. 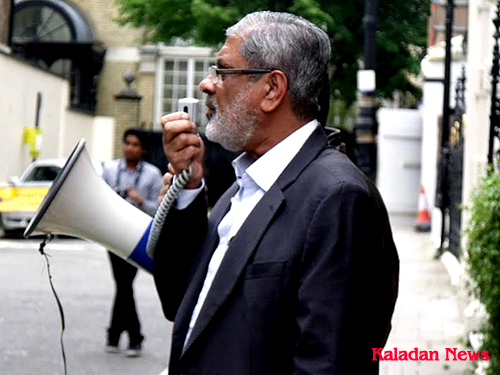 NUrul Islam, ARNO President called in a peaceful rally in of the Burmese embassy in London
END_OF_DOCUMENT_TOKEN_TO_BE_REPLACED