Four press workers were Imprisoning for printing a particular term “Rohingya” in a 2016 calendar demonstrates the lack of freedom of expression in Myanmar. There is no justification for it, according to Fortify Rights statement issued on June 17. 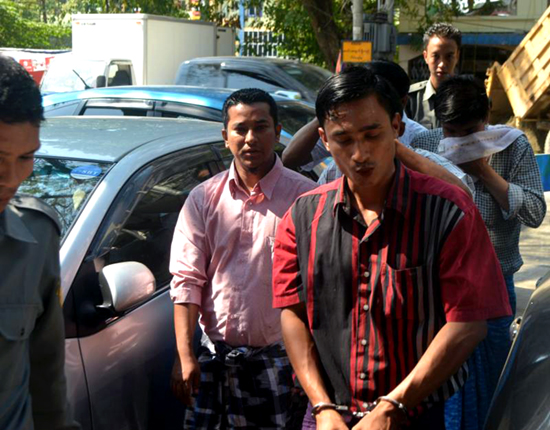 Pressworkers at court room in Rangoon

The four press workers- Ye Thu Aung, Win Naing, Zaw Min Oo, and Win Htwe – were sentenced to one year in prison under Section 505(b) of the Myanmar Penal Code for publishing a statement deemed to “cause fear or alarm to the public,” by the Pazundaung Township Court in Yangon Region on June 14, the Fortify Rights stated in the statement.

The four men have already been detained for seven months in Insein Prison and now face another five months in prison to complete the 12-month sentence.

A fifth man Aung Khin, age 57, charged in the case, remains in hiding. The Court dropped the charges against the owner of the printing house, the sixth man Kyaw Kyaw, age 49.

The Government of Myanmar should immediately and unconditionally release four men who were convicted and sentenced on June 14 for printing the word “Rohingya” in a 2016 calendar, according to Fortify Rights statement.

The authorities should also immediately drop charges against Aung Khin, who faces criminal charges related to the production of the calendar and has been in hiding since the case was filed in November 2015, statement said.

In November 2015, a printing house in Yangon published several hundred copies of a calendar referring to the Rohingya as an ethnic group, citing previous official uses of the term “Rohingya” in Myanmar. The calendar was published in Burmese, English, and Arabic and includes a quote from the former Prime Minister of Myanmar U Nu encouraging peaceful cohabitation of Buddhists and Muslims as well as quotes from Rohingya historians, the statement more added.

Rohingya Muslims are an ethnic and religious minority in Myanmar whose citizenship status was revoked with the passage of the controversial 1982 Citizenship Law. Rohingya have long suffered severe discrimination and persecution in the country, stated in the press statement.

“This is another example of the government’s effort to erase the term ‘Rohingya’ from the public discourse,” said Matthew Smith, Executive Director of Fortify Rights.

On November 23, 2015, following a complaint made by members of Ma Ba Tha—an organization of extremist Buddhist monks and nationalists that seeks to “protect race and religion” in Myanmar – the authorities charged the six men with violating the Printing and Publishing Enterprise Law. Article 8 of the law prohibits the publication of materials that could “harm the rule of law, public tranquility, liberty and freedom of every citizen’s security, or encourage mass violence or stimulate crimes.” The court fined each of the men the equivalent of US$800, Fortify Rights said. 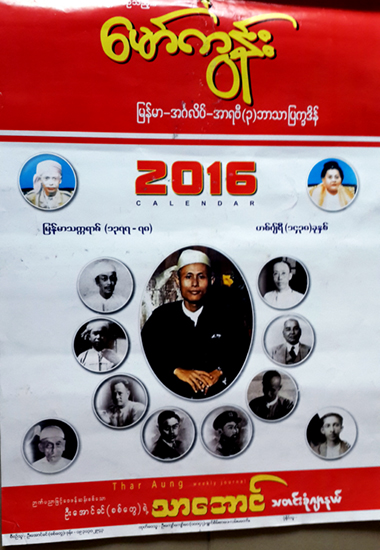 On November 24, 2015, Police Chief Major Khin Maung Lat re-arrested five of the men—not including Aung Khin, who was in hiding—and charged them with violating Section 505(b) of the Myanmar Penal Code. Section 505(b) prohibits “any statement, rumor or report . . . with intent to cause, or which is likely to cause, fear or alarm to the public.” Violations of 505(b) are punishable by up to two years in prison, a fine, or both.

The overly broad language of Section 505(b) has long been used as a tool of repression against political activists, human rights defenders, and others, Fortify Rights said.

Article 354 of Myanmar’s 2008 Constitution provides citizens the freedom “to express and publish freely their convictions and opinions” and allows for restrictions on rights in order to ensure “Union security, prevalence of law and order, community peace and tranquility or public order and morality.” International law protects the right to freedom of expression and allows restrictions only in exceptional circumstances to protect vital state interests and if certain specific conditions are met. This case does not satisfy the requisite conditions.

“The application of Section 505(b) has long been incompatible with human rights law and the democratic aspirations of the people of Myanmar,” said Matthew Smith. “Myanmar’s Parliament should repeal this law as part of its efforts to dismantle the military’s longstanding tools of abuse.”

There are more than one million stateless Rohingya in Myanmar. The government rejects their existence, denies them equal access to citizenship by law, and the authorities continue to perpetrate widespread and systematic abuses against them, including killings, rape, forced labor, and arbitrary arrest and detention. Myanmar authorities continue to confine up to 140,000 Muslims—mostly Rohingya—to more than 40 internment camps in Rakhine State, following targeted anti-Muslim attacks by civilians and state security forces in 2012. Rohingya confined to internment camps face avoidable deprivations of food, shelter, access to health care, and other aid. 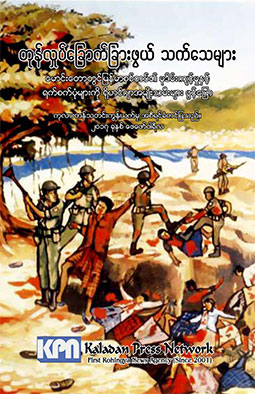